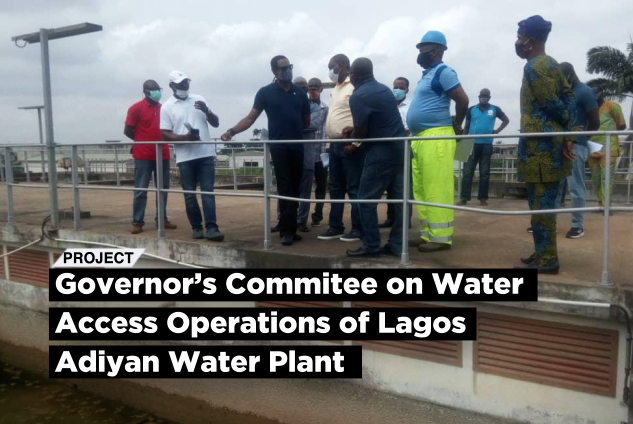 The Governor’s Committee on Lagos Water visited Adiyan I Water Plant in a bid to evaluate its operations while also proffering ways to improve its services to the increasing population of Lagos state.

Muminu Badmus, the Managing Director of Lagos Water Corporation, Muminu Badmus, made this known in a statement by the Public Relations Officer of the Corporation, Razaq Anifowoshe, in Lagos on Sunday. He noted that the Governor’s Committee on Lagos Water had visited the LWC Adiyan I Waterworks on June 26 as part of its working visit to evaluate LWC operations.

Having the largest Water Corporation in sub-Saharan Africa with 70 Million Gallons per Day (MGD), the Committee on Lagos Water had been set up by Governor Babajide Sanwo-Olu-led administration to intervene and assist the corporation in its operations so as to cater to the needs of Lagosians. The role of the committee was to assess the state of operations of LWC and recommend to the governor methods to improve its services.

The Committee was led by its Chairman, Commissioner for Energy and Resources, Mr Olalere Odusote, in company of the Commissioner for Economic Planning and Budget, Mr. Sam Egube; Commissioner for Finance, Mr. Rabiu Onaolapo; and Consultant on Lagos Water, Mr. Tolu Aina, were received at the Adiyan waterworks by the managing director of LWC.