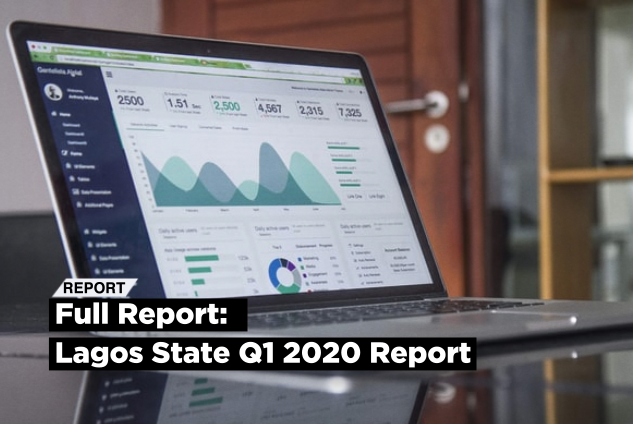 Lagos State released its financials for the period Q1 2020, revealing an actual revenue of ₦282.6 billion for the quarter, 101% higher than the actual revenue of Q1 2019 which had been ₦140.7 billion. This was also 6% higher than the budget for 2020 which stood at ₦267.8 billion. Attributed to the breakdown were ₦100.3 billion on internally generated revenue, ₦141 billion on capital receipts, and ₦41.2 from federal transfers.

Capital expenditure for the quarter also stood at N72.1 billion, 11% higher than the actual of 2019 which stood at ₦65 billion and 54% less than the budget for 2020 which was ₦177.8 billion. This deficit is said to be attributed to economic changes resulting from the Covid-19 pandemic.

Speaking on the performance in a Nairametrics interview, Lagos State Commissioner of Economic Planning and Budget explained that “The first quarter is typically a very slow one. The budget performed at 51% and that is understandable because the later part of March experienced the Covid pandemic and subsequently the lockdown. So a lot of the transactions that were ready to go into execution were not able to go. However, we achieved and surpassed our target for 2020 Q1.”